Watch the Video
Secure Access Service Edge What are the Major SASE Components? What is Secure Web Gateway? What is ZTNA?
A Quick Introduction to SASE Architecture How to Adopt SASE Primary SASE Challenges Network Transformation with 5G
Why is SASE Necessary? What Kind of Company Should Use SASE? What are the Primary SASE Benefits? How Can SASE Help You and Your Organization? 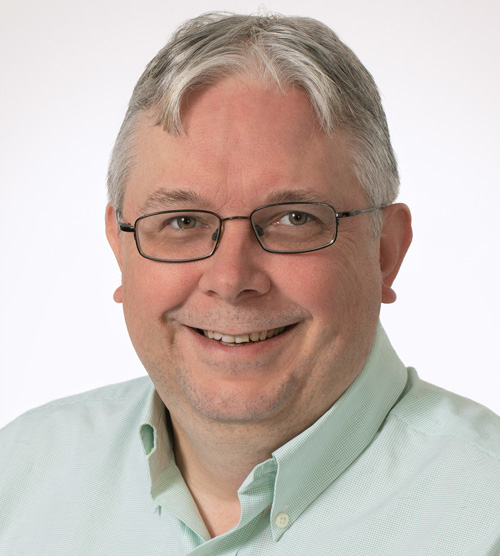 Hello, and welcome to the second installment of the Enterprise Best Practices Blog. My name is Neil Danilowicz, Principal Architect for Versa Networks. This week I would like to focus on Keys – their importance to SD-Wan and why an Enterprise should be concerned about the keys.

Protecting information is not a new concept, we have been protecting secret and confidential information for centuries. In fact, Julius Caesar was so worried that the communications between himself and his generals would be intercepted by the enemy, that he created a method of encrypting his messages. This became to be known as the Caesar Cipher. The cipher worked by utilizing a letter offset in the Roman alphabet. By knowing the cipher key (offset), one could encrypt and decrypt a message, like “I will arrive tomorrow.” But the encrypted message would look like the example below.

The problem with the Caesar Cipher is that it was very simplistic in its design. Both sides needed to know the key (the cipher offset) and there were only 23 unique values for this key. It would take a human between 15 minutes to an hour to work through all the possible combinations to decipher the message. Today, using a personal computer (PC), it would take less than a second.

So if cipher keys are so important to encrypt messages, what attributes should be utilized to make them secure and complex enough such that any compromised endpoint cannot reveal the key, and the hackers (threat actors) would be unable to guess or use modern compute techniques to derive the key? 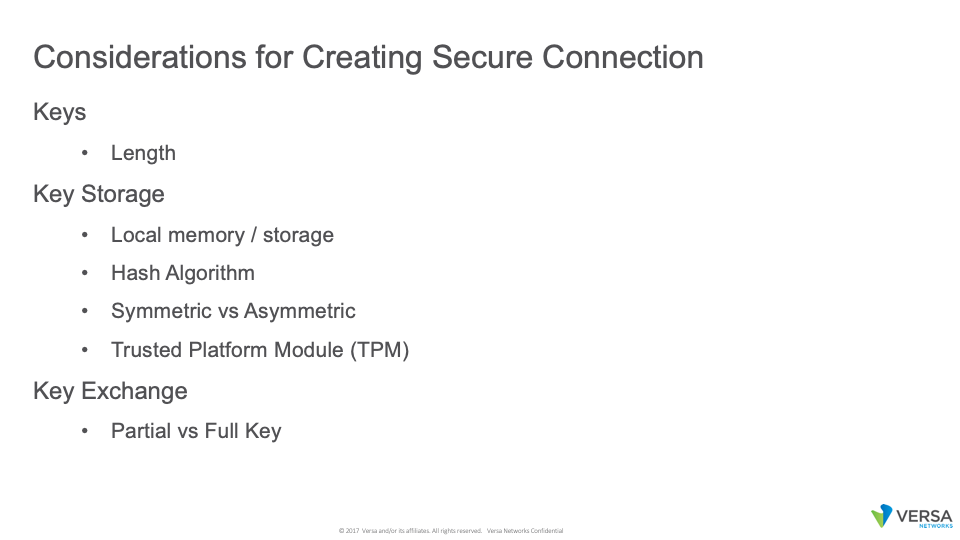 First, obviously making a longer key (at least 128 bits and preferably 256 bits in length) would help solve the probability of a hacker (threat actor) from being able to guess the password. But length is not the only solution. Brute force attacks can run through millions of combinations in a second. So clearly, something more than key length is needed.

Second, storage of the key in an unencrypted form would allow a hacker (threat actor) to gain access to the keys if a device were compromised. So, network equipment utilizes hash algorithms to morph the key into a value that can be later be un-hashed and utilized. However, if the hacker knows the algorithm for hashing or the algorithm has a vulnerability, then the key can be exposed as well.

Asymmetrical key exchange creates a more secure connection as a Public Key is created and then shared with the other side of the connection. The other side utilizes the public key to encrypt the data, but the public key is insufficient to decrypt it. A private key of the receiver is needed to decrypt the information. However, if a device is compromised and the private key is readable, then the security risk still exists. 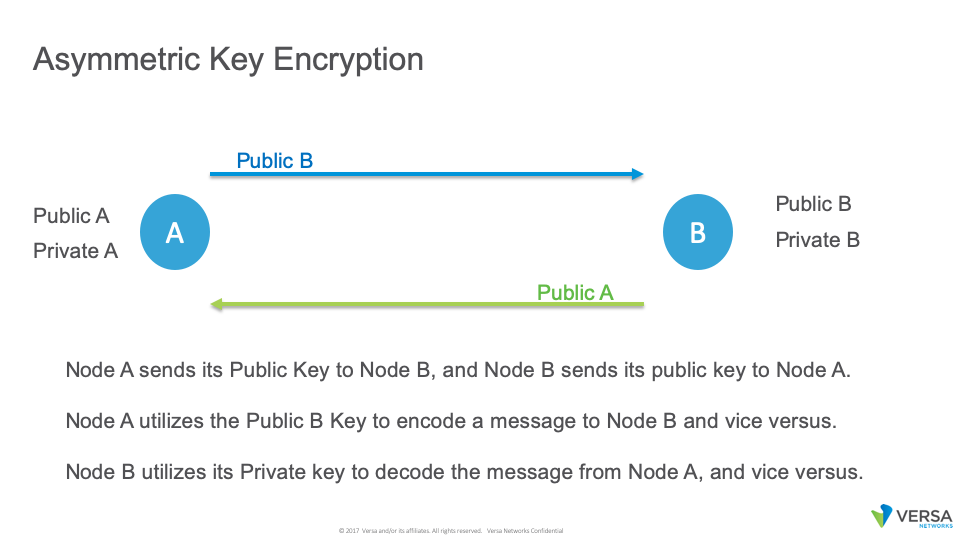 Use of a Trusted Platform Module (TPM) can mitigate this risk by making the private key unreadable. Tampering with or attempting to break the TPM would invalidate the private key and render the device unusable. This works very well with hardware based platforms which have integrated a TPM chip into the product. However, in a virtualized world, there is no secure way to protect the private key from discovery on a virtual machine.

A more secure solution would be to only exchange part of the key and have an algorithm that could validate the partial key utilizing negotiated terms and elements that are secret to each device. In this manner, no device would have all pieces to re-assemble the key. Therefore, the capture of keys from one device would not provide any usable means for unauthorized access to the enterprise network. Also, the key would never need to be stored and could be computed with each packet/flow that needed to be encrypted or decrypted. 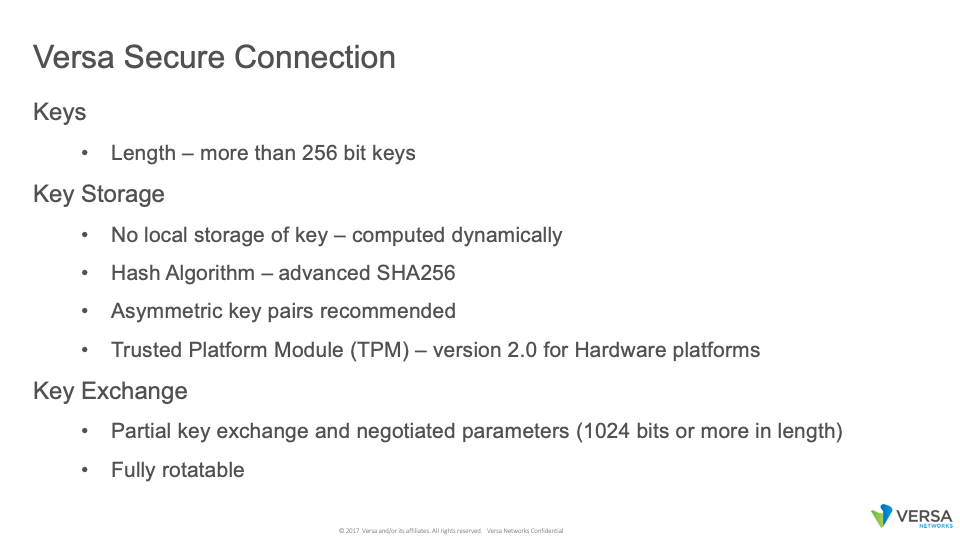 Versa’s solutions utilizes secret codes that are at least 256 bits in length and negotiated values in excess of 1024 bits in length. Even if a hacker were able to capture all the necessary information, it would take a hacker more than the lifetime of the universe to gain access to the key. By that time the keys would have rotated and would no longer be useable.

So a secure key solution should be one of sufficient length to make it impossible to guess, one in which the full key is never exchanged, where the key is never stored and derived from extremely large values (both negotiated and secret), and rotated in a sufficient timeframe to prevent cracking.

Until next week, when we discuss why a secured multi-tiered architecture is needed to safeguard the Enterprise network.

Get Ready for 5G

The Emergence of SASE Managed Services